Thanks so much for all your feedback! 🙂

If you can’t attend as it might be too late, you’re out at a restaurant, at your Auntie’s house or it might even be too early in some cases!!

We have a very special announcement for you!

The Pre-Party may not be as big as the actual Party, and there will be a 20 minute gap in between the parties, it will give you a taste of the party and we will still have so much fun! Make sure to tell your friends! 🙂

The Pre-Party is at:

I hope to see some of you there! 🙂 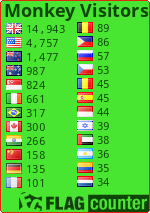